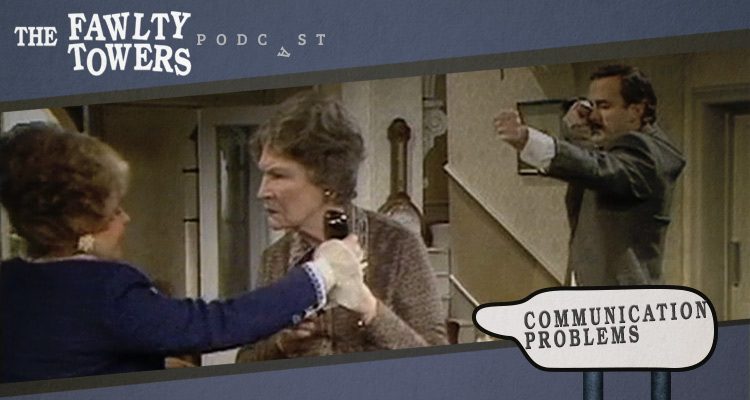 Communication Problems was the first episode of Fawlty Towers‘ long-awaited second season and sees Basil struggle to cope with a very particular visitor. In this podcast Gerry and Iain blame each other for a big win at the bookies.

Joan Sanderson was the principal guest in this episode as her iconic take on Mrs Richards stole every scene. Brian Hall was introduced as hotel chef Terry and the other principals remained in place from season 1.

Communication Problems was released in 1979. It is 31 minutes long and originally aired on BBC 2. The show can be viewed on Netflix in the UK and Ireland and is available on DVD around the world.