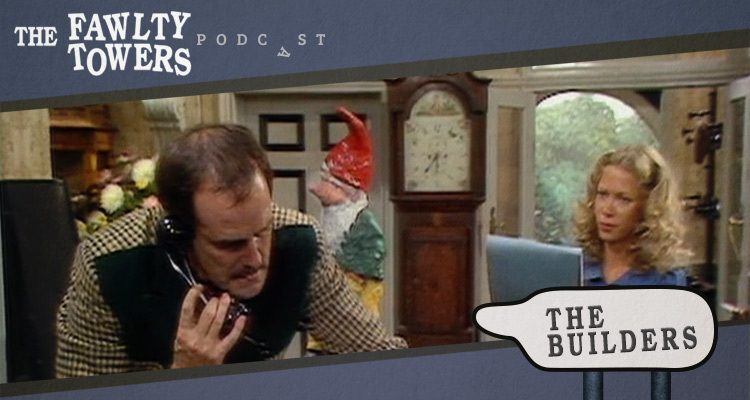 The Builders was the second episode of Fawlty Towers and featured a calamitous attempt by Basil to save a few quid on some structural alterations to the hotel. In this podcast Gerry and Iain have blocked off the door to the studio and are recording in the kitchen instead.

This episode featured a handful of recognisable guest stars, including David Kelly as the builder O’Reilly, James Appleby as his more professional contemporary Stubbs and Michael Halsey as one of O’Reilly’s men.

The Builders was released in 1975. It is 28 minutes long and originally aired on BBC 2. The show can be viewed on Netflix in the UK and Ireland and is available on DVD around the world.