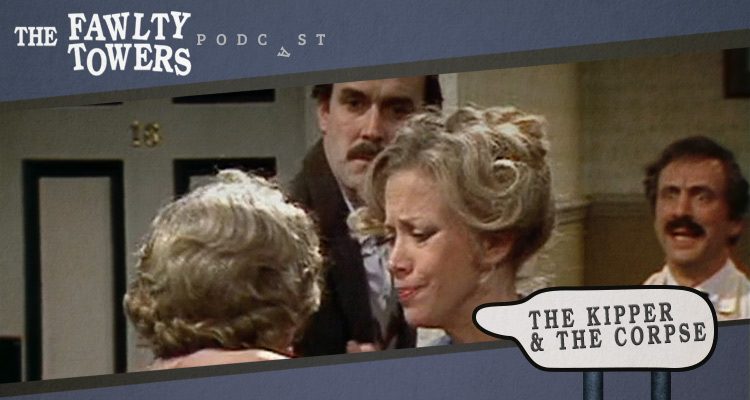 The Kipper and the Corpse was the fourth episode of Fawlty Towers‘ second season and the show that finally pushed Manuel to breaking point. In this podcast Gerry and Iain check the use-by dates on various breakfast foods.

Guests in this episode included the instantly-recognisable Geoffrey Palmer as Dr Price; Derek Royle as the corpse of Mr Leeman (and briefly as his living predecessor); Richard Davies and Elizabeth Benson as the Whites; Robert McBain as Mr Xerxes; Pamela Buchner as Miss Young; and Raymond Mason rounding off the alphabet as  Mr Zebedee. Gilly Flower and Renee Roberts saw their roles as Tibbs and Gatsby expanded for this story.

The Kipper and the Corpse was released in 1979. It is 32 minutes long and originally aired on BBC 2. The show can be viewed on Netflix in the UK and Ireland and is available on DVD around the world.