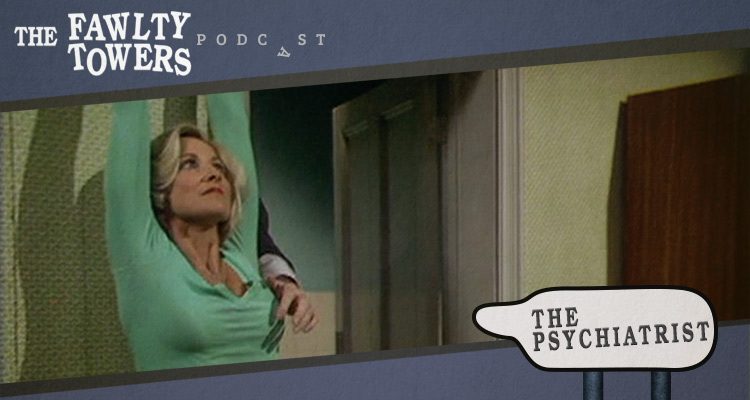 The Psychiatrist was the second episode of Fawlty Towers‘ second season and features a desperate attempt by Basil to expose shenanigans in the hotel without raising Sybil’s ire. In this podcast Gerry and Iain are very careful about where they put their hands.

Guests in this episode included Nicky Henson as covert romancer Mr Johnson; Aimée Delamain as his mother; Luan Peters as Australian traveller Raylene Miles; Basil Henson (no relation to Nicky) as the eponymous psychiatrist, Dr Abbott; and Blackadder alum (though not by this point!) Elspet Gray as his wife, also Dr. Abbott.

The Psychiatrist was released in 1979. It is a mammoth 36 minutes long and originally aired on BBC 2. The show can be viewed on Netflix in the UK and Ireland and is available on DVD around the world.